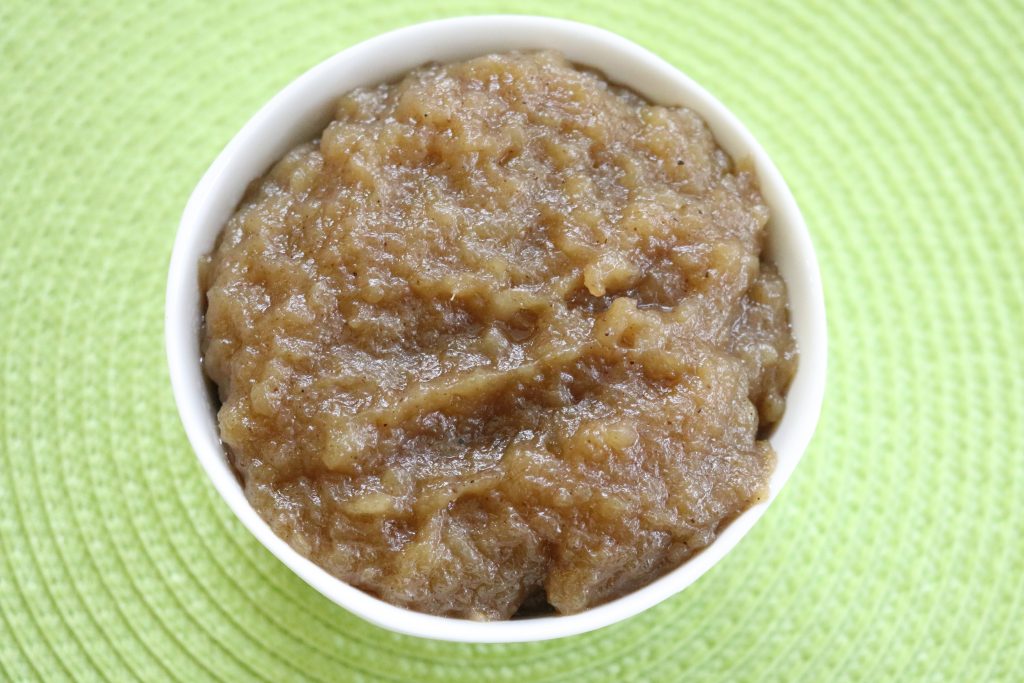 When we think of the flavors of Fall, three things come to mind. One is pumpkin, another is apple, and the third is pears. We had a large batch of pairs the other day and making some spicy pear-apple butter came to mind.  This smooth spread just adds great flavor to biscuits, bread, or a dollop on a scoop of vanilla ice cream.

This recipe is easy, just make it on the stove and in several hours, you have a great tasting blend of deliciousness. Not only is it good, but you get a bonus because it fills the house with a great smell of spices (smells like fall).

There are a few ingredients used to make this, but you just add them all together. Takes no time at all!

Start by peeling and coring about 7 large Bartlett pears. Then, cut them into chunk sized pieces and put them into a large saucepan. Now, just add all the rest of the ingredients and put on the stove and let it come to a boil. Turn down the heat to low and let it simmer till it gets nice and thick. Be sure to stir the mixture every now and then so that it doesn’t burn. 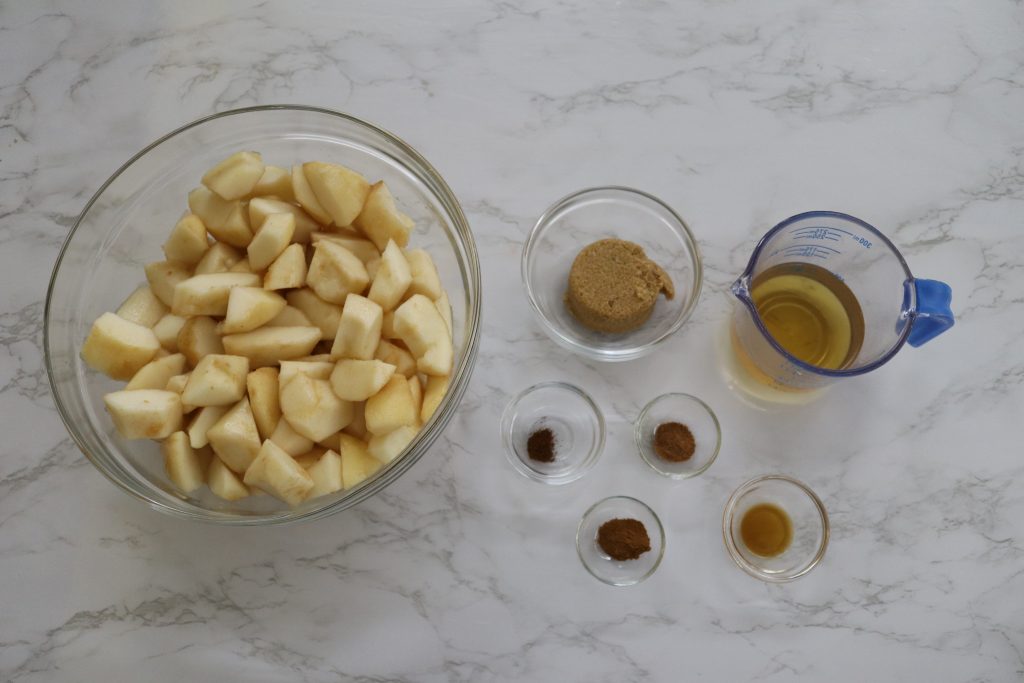 It should get nice and thick after about 2 hours and the pear mixture stays on the spoon when you turn the spoon over. 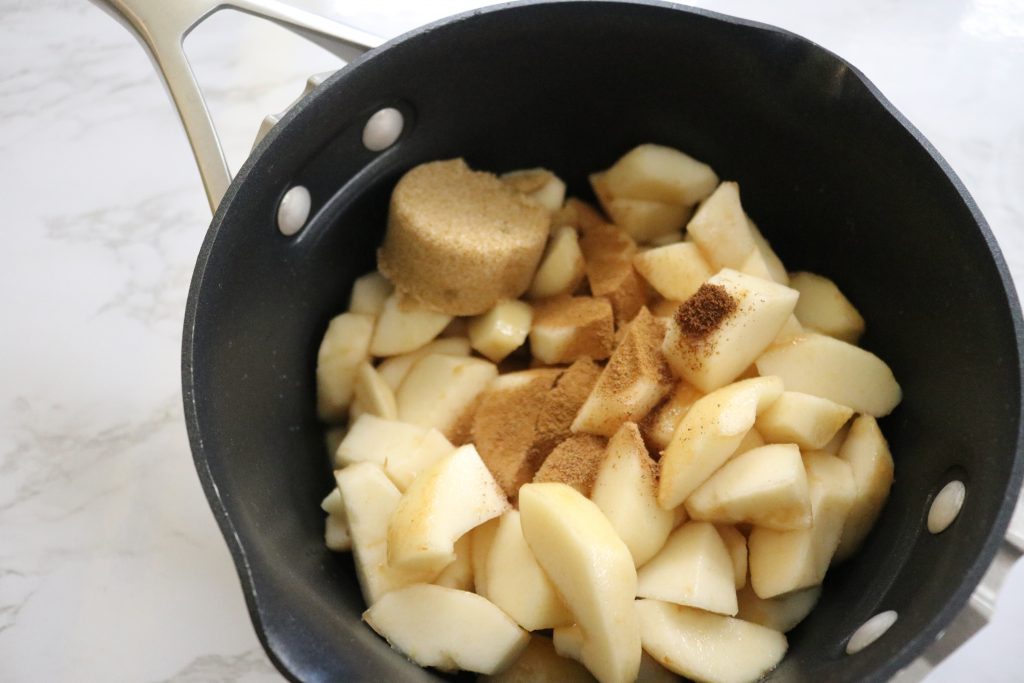 Pear-apple butter ingredients in a pan

You can put this in your Cuisinart or use an emersion blender to make sure it is smooth, but we just stirred with a whisk and we love the texture. Once done, eat it warm right away, at room temperature or chill in the refrigerator for a few hours. Try it anyway you like, the taste is great! 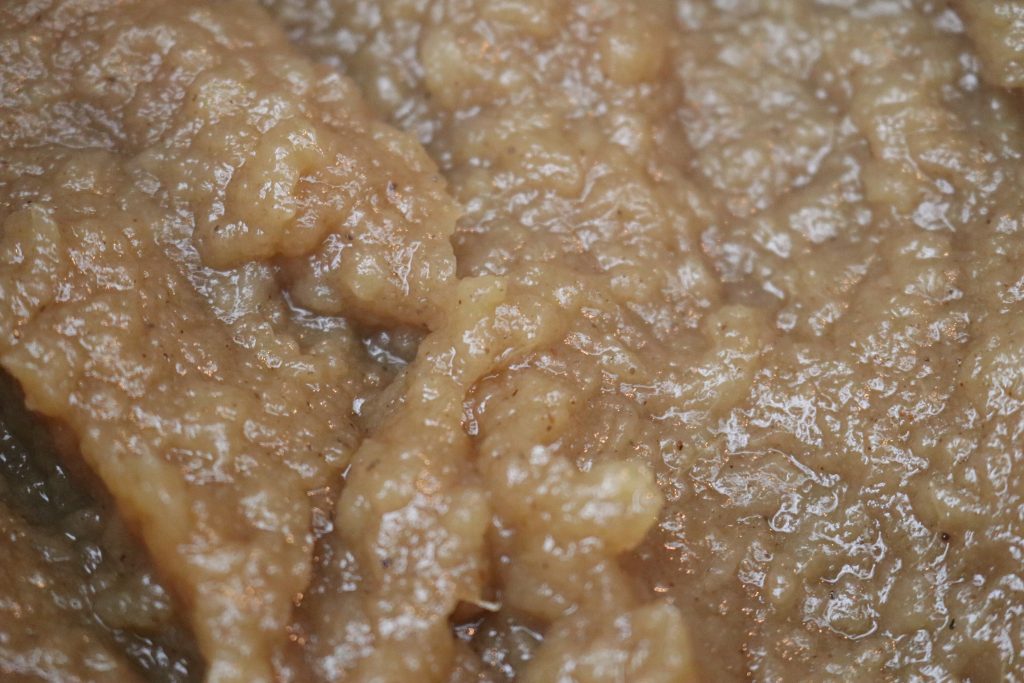 You can spread it on biscuits, bread, or ice cream. Whatever you choose, it will taste great. 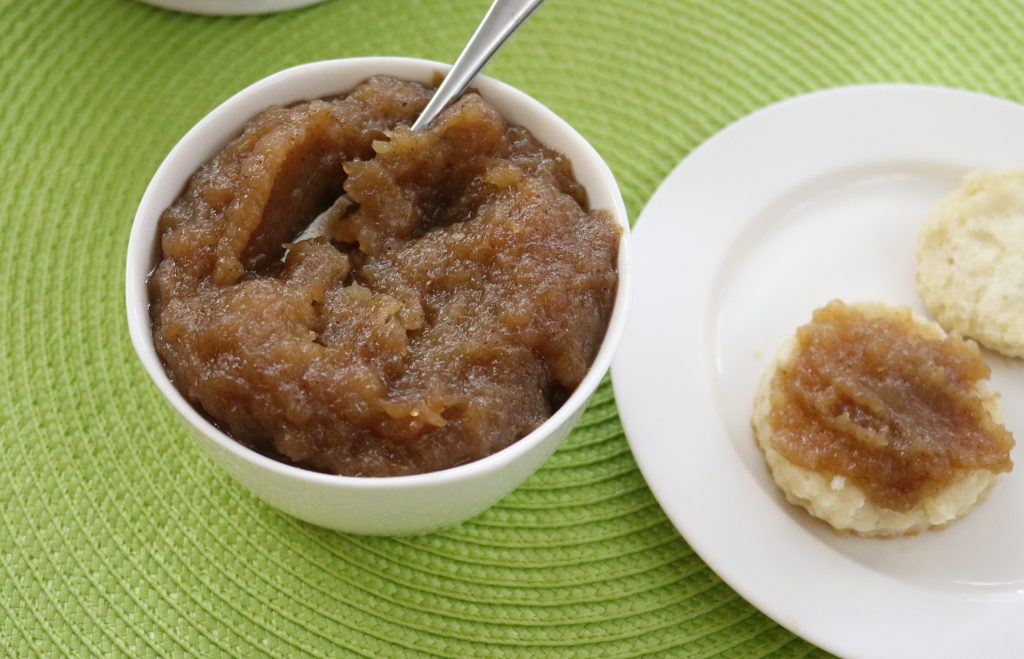 Biscuit with pear-apple butter spread on it