Eggplant is a vegetable that looks kind of lonely in the grocery store. People seem to go for the potatoes, tomatoes, corn, green beans, or lettuce, but the eggplant seems to be overlooked often. If you never tried one, this is a delicious recipe. It is crunchy on the outside and firm in the middle with just the right amount of seasoning. Make sure when you buy an eggplant, it is not too soft; the firm ones are always better. 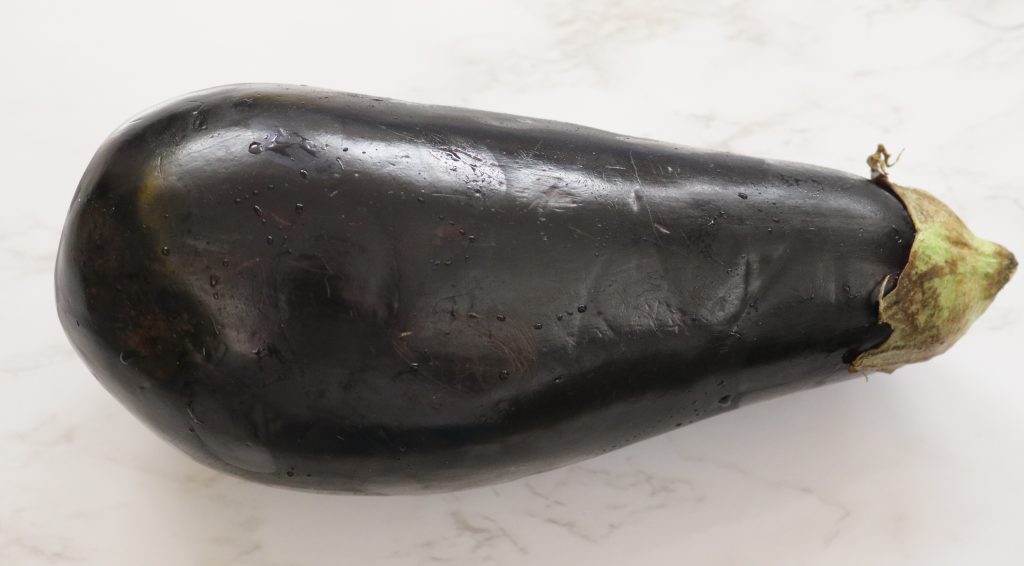 First, you want to mix your flour so you can dip each strip of eggplant into it. This helps the eggplant hold the egg wash that will come next. Just mix the flour with some salt and pepper. It alway helps to season your food as you go.

Mixture to coat the eggplant

Peel the eggplant and cut it into strips. If they are not too big, they are nice and crunchy. 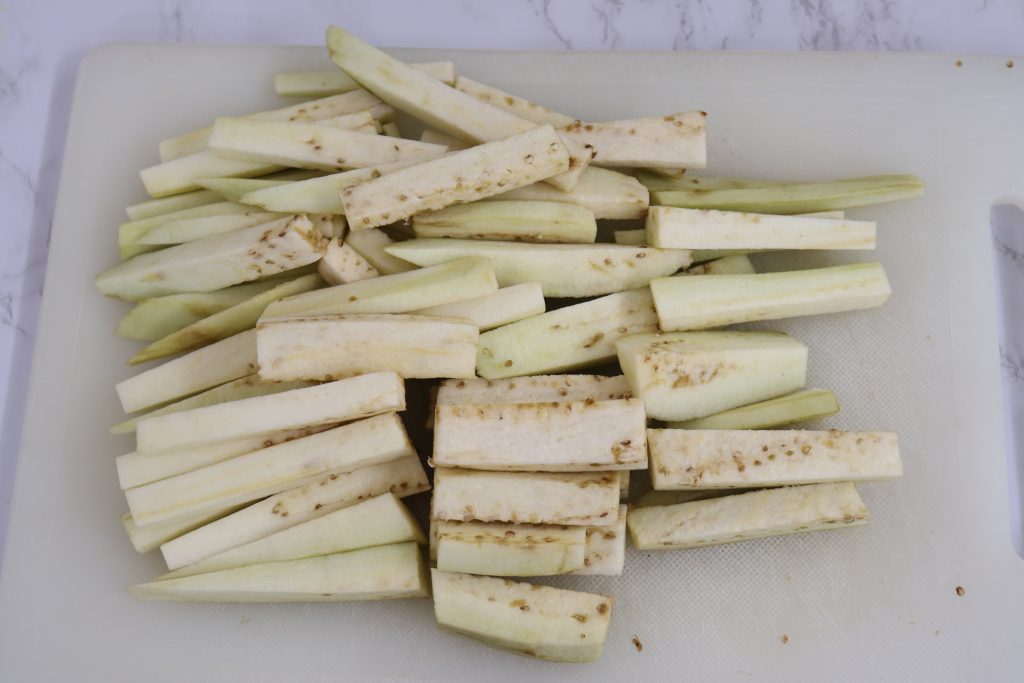 Now it's time to coat your strips with the seasoned flour mixture. 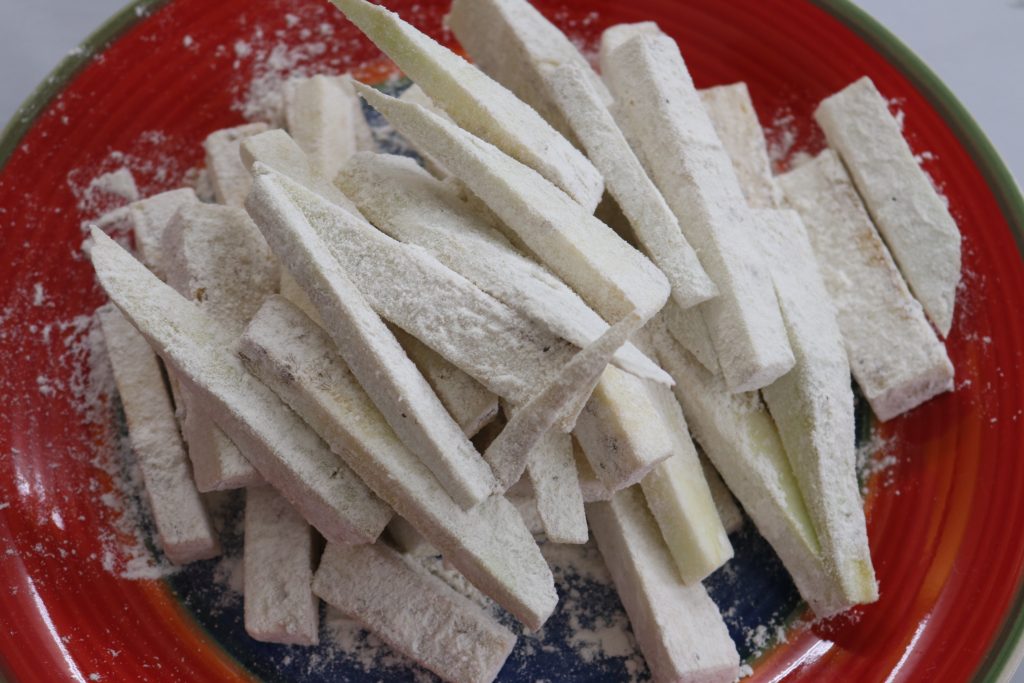 Now, mix the egg mixture up so that you can dip the seasoned eggplant into it. The egg mixture will make a great base to hold the breadcrumbs onto the strips. 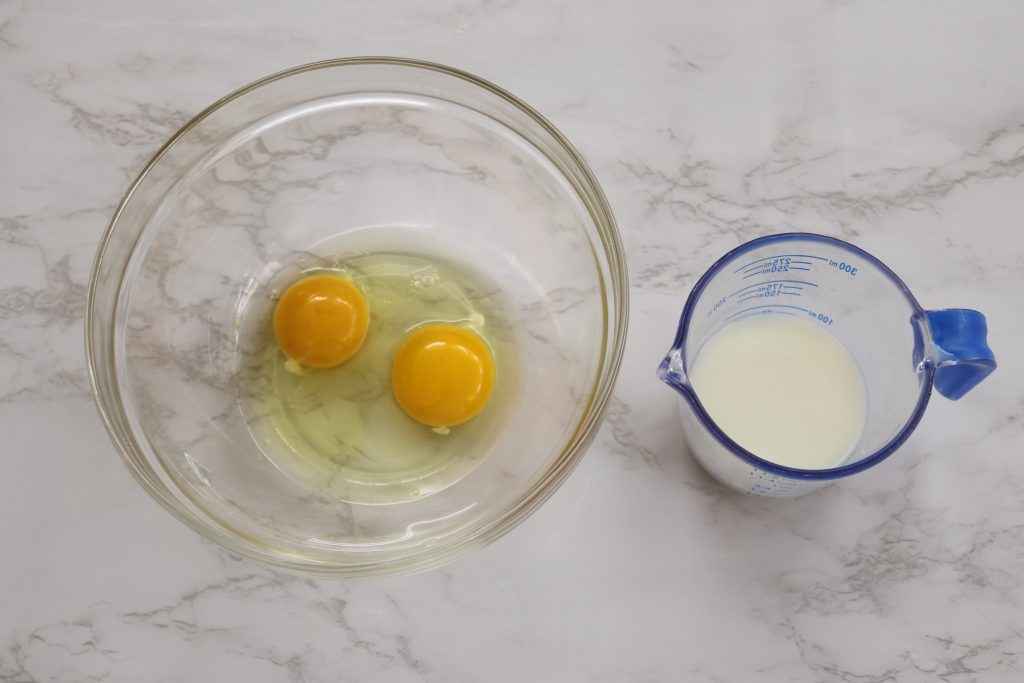 Mix the breadcrumbs with salt, pepper, and onion powder for even more flavor. 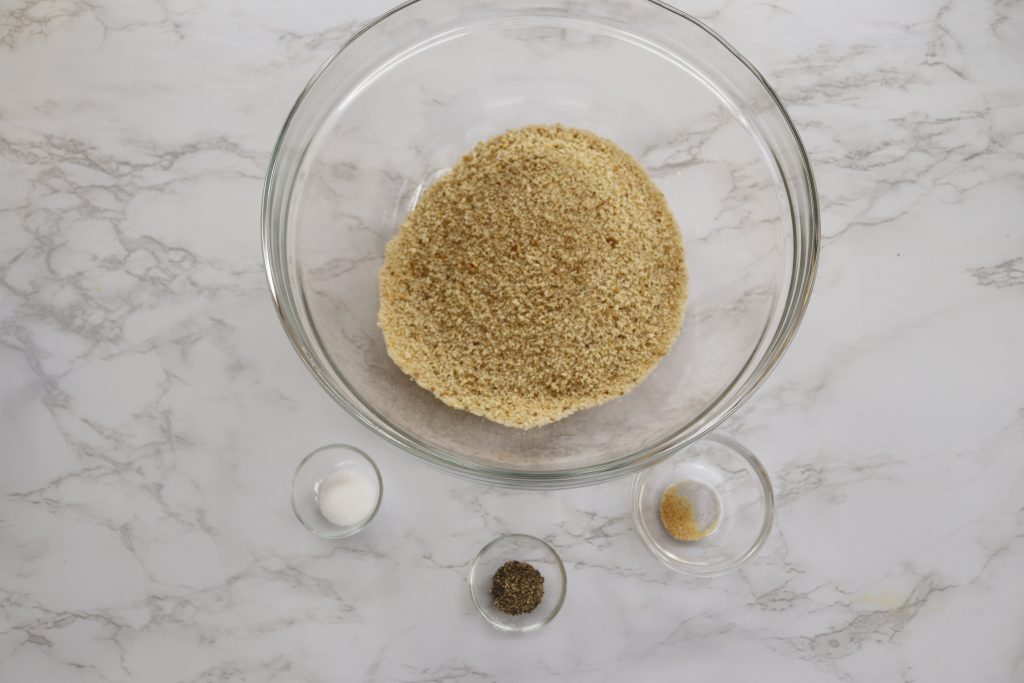 Dip each piece into the egg wash so that they are nice and coated. 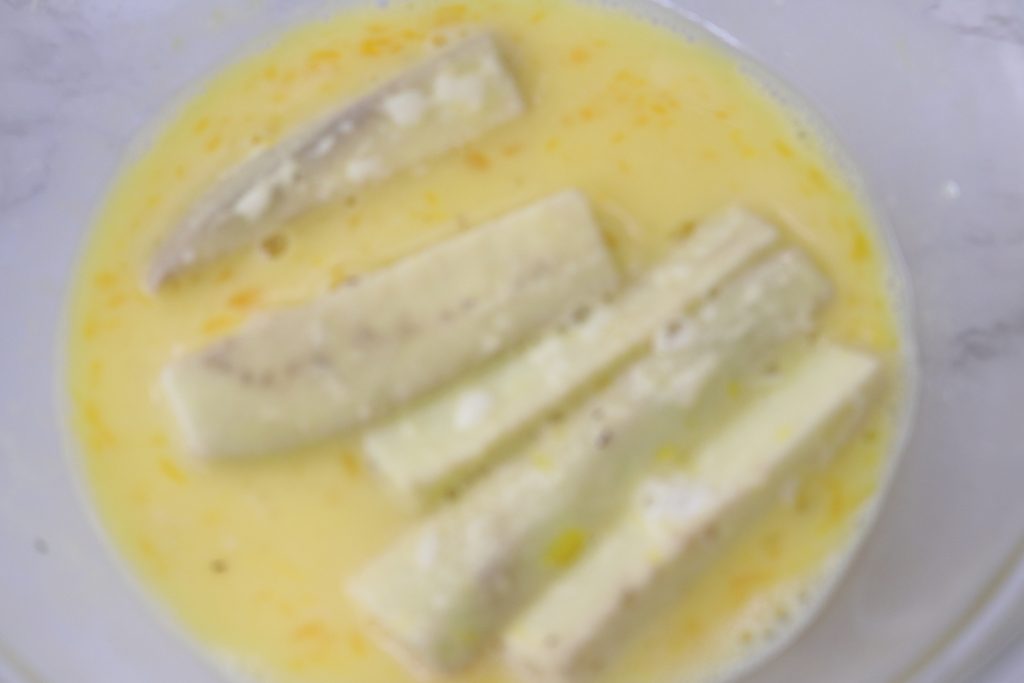 Dip the egg coated strips into the breadcrumb mixture and set on a plate. 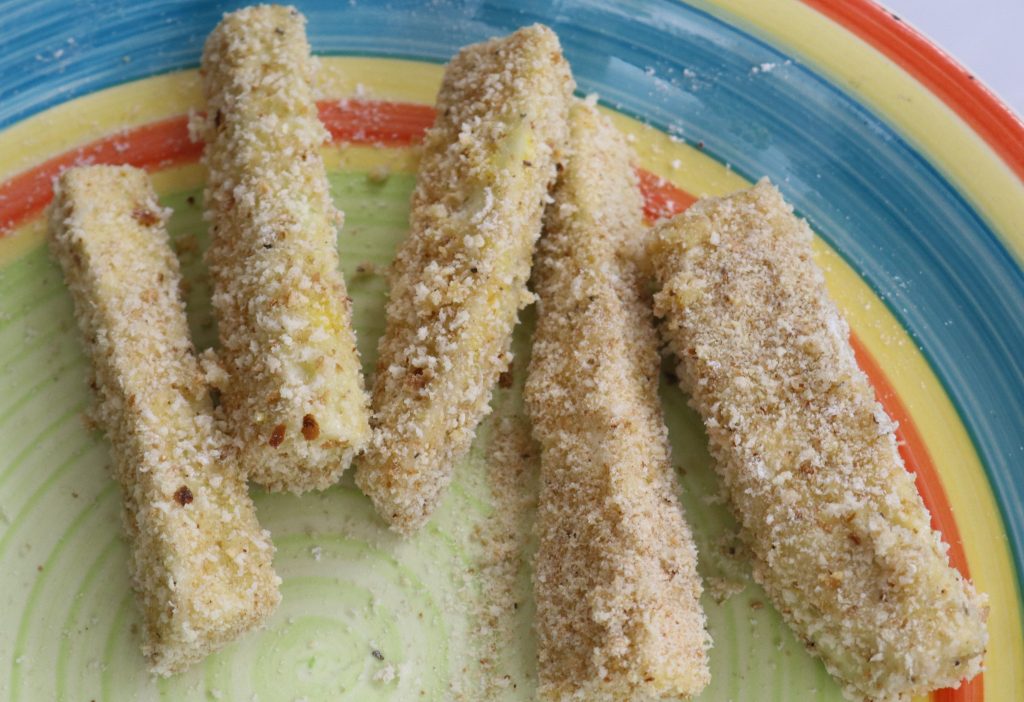 Now, drop the strips into the hot oil. Just do a few at a time. Don't crowd them; they will get nice and brown that way. 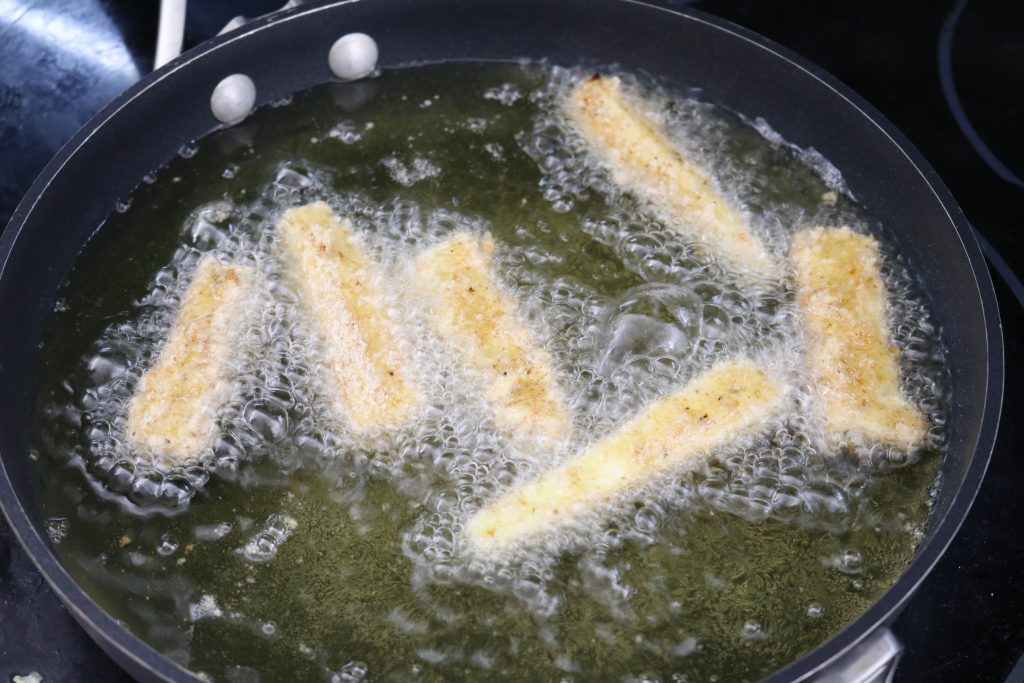 Take out the strips when they are golden brown, and set them on some paper toweling. This will absorb some of the oil. 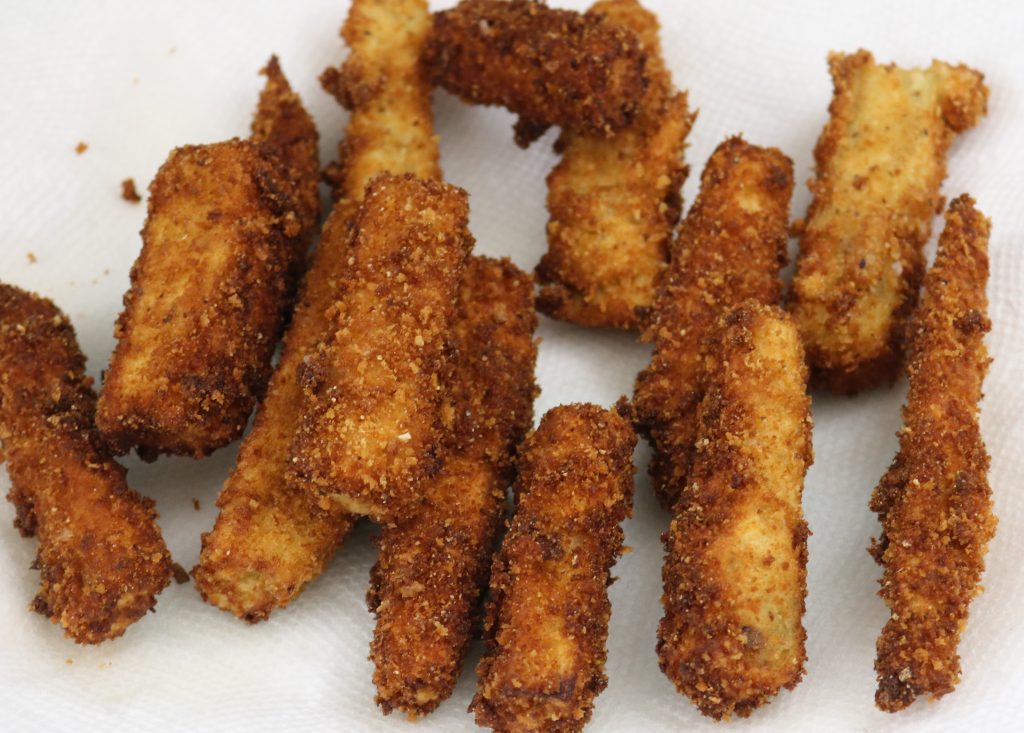 Now, all that is left to do is serve on a nice serving plate with a side of sour cream. Any sauce will do, just pick your favorite. They will be both crunch and tender, and will go in no time!

Eggplant sticks are a very nice vegetable appetizer to have before your main meal.