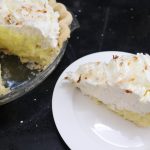 Summertime always makes me think of tropical islands, warm sandy beaches, warm blue waters to relax on.  This also makes me think of coconut palm trees with that delicious coconut inside. This, in return, reminds me of foods that contain coconut. Coconut cream pie is right up there on top of my list. It is very delicious when it is served icy cold.

This pie is easy to make with a bag of coconut bought at your local grocery store.  Real coconuts are not that easy to open. I have tried on a few occasions. First you have to get the green husk off of the coconut, I used the claw of a hammer and it is real easy to hit your hand if you're not careful. Then comes opening the brown  part of the coconut which is filled with the delicious coconut meat. You can hit it with a hammer or try cooking it in the oven and then hitting it with a hammer. Still pretty hard to do. Best to buy coconut in the store.

Anyway, back to the pie. First, I made a pie crust and blind baked it, that is when you put beans into the pie shell before you bake it,  another way of doing this is docking the pie crust, which means putting little holes in the crust by sticking it with a fork all the way around the sides and in the bottom of the crust, this allows the steam to escape and not let your crust bubble up. Then I baked it at 350 degrees for about 15 to 20 minutes or till the crust is brown. 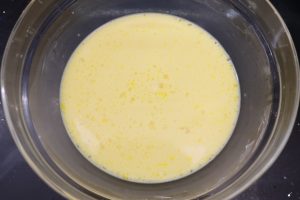 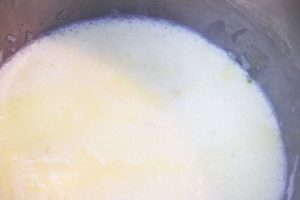 Next I make the filling using cornstarch as a thickener. I mix 1 cup of whole milk with the cornstarch and 4 egg yolks which gives it a luscious yellow color, then set aside. 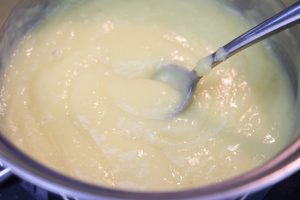 Now I mix the ½ cup of whole milk, the coconut milk, sugar, and salt in a saucepan. Cook until it gets little bubbles around the sides of the pan. Then temper this mixture with the egg mixture, this is done by adding a ladle or two of the hot mixture into the cold before putting them into the saucepan. If you didn't do this the cold mixture might cook the eggs. Cook the mixture until it gets thick then add the butter, vanilla, and coconut. Let it cool. 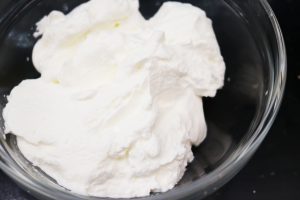 When the mixture is cool whip the heavy cream and fold into the filling. and put into the pie crust and chill several hours. 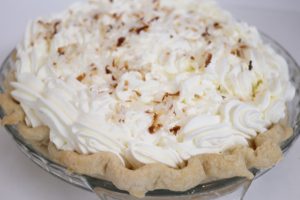 Now you can pile on the whipped cream to cover the top of the pie. Toasted coconut can be sprinkled on the top for a really good taste.